Ara has arrived in Moscow, Russia for the 16 International Tchaikovsky Competition that runs for 12 consecutive days.

Travelling to Moscow was tiring and interesting. After a long trip, Ara caught up on some much-needed sleep & explored the city before he had an early start the following day. After a good breakfast and after some chasing, Ara was able to access the two Steinway Model D concert grand pianos that were specifically imported to Russia from Hamburg, Germany for this prestigious competition.

With such an important responsibility and after many introductions with competition staff and academy students, Ara soon settled into to the role of setting up the two concert grands. Over the proceeding days Ara diligently worked through the many aspects of regulation, voicing and tuning during the set up of the pianos to be competition ready, all the while with friendly visits from conservatorium students too.

Once the two pianos were ready, Ara and Steinway Europe’s Artistic Manager, Gerrit Glaner and his team reviewed both pianos in detail and discussed their unique points and made the final decision of which piano would be used for the competition stage, and the other for the rehearsal practise room.  At such an important time, ahead of the competition grand opening gala, many activities and decisions are collaboratively made by the international arts community that we are thrilled to be part of – to bring together this distinguished event.

Pictured below is Ara and the Steinway team along with photos of the Great Hall at the Tchaikovsky Conservatorium, along with the selected competition piano.

Stay tuned for more news soon as we send you postcards from Moscow! 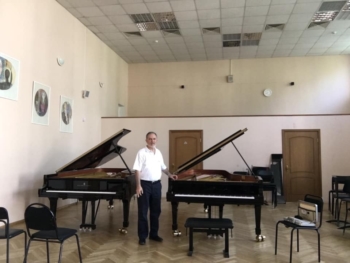 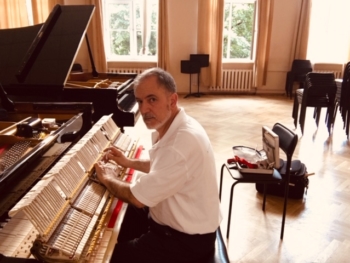 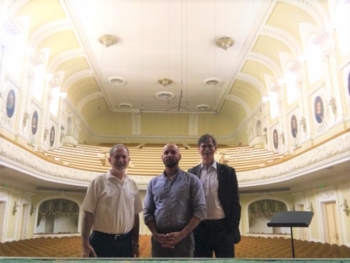 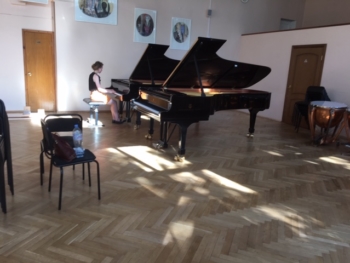 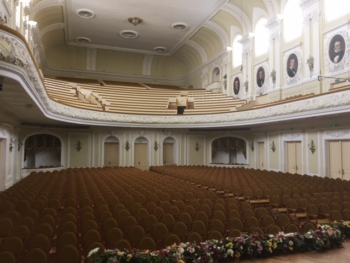 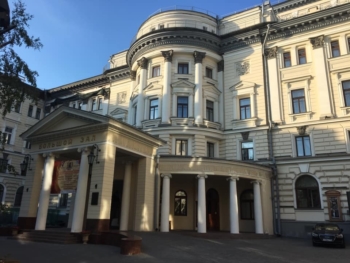